In a larger perspective, the Project of establishing Muslim Schools in different districts of the Country is a renewed Initiative of the Aligarh Community that was once initiated by way of Aligarh Education Movement.

Our Vision: To build Muslim Minority secular schools based on the Model that aspires to inculcate Excellence and high Morals.

Our Mission: A School in different districts of the Country with a harmonious blend of efficiency of centralization (unity) and effectiveness of decentralization (multiplicity).

The rejuvenation of the Glocal context (global/local) in the service of the local; to the foundation of relationships between children and parents extrapolated to between children and teachers and finally zooming into developing the inherent resourcefulness of the individual to result in a child who is resourceful because he/she is secure in enriching relationship with parents / teachers to be able to eventually rejuvenate the district where the school is located.

Rejuvenation: The school will be grounded on environmental consciousness, nurturing the attitude of being minimalists using minimal resources and of healing the earth. This will have overarching implication in both administration and teaching. Hence, the mainstream curriculum will be energized and enriched with this core ecological awareness The buildings of SSPS will themselves demonstrate the school of thought via: 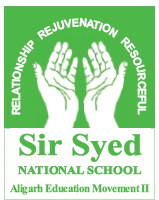 - Pedagogy: School building itself being a teaching tool for projects on environmental responsibility.

Relationship: Respect for the global (environmentalism); local (the site and built-environment) is grounded on the crucial respect for the family unit i.e. the relationship between parents and their children based on irreducible respect and obedience towards the elder, respect and affection for the younger. The school partakes in this equation as a substitute family i.e. teachers as substitute parents.

The school will also distinguish itself by the respect it shows to parents of the students irrespective of their class or creed. When the student witnesses a genuine respect for their parents by their teachers, it will reinforce their respect for elders.

Resourcefulness: As the future is not merely a projection of present trends, the school has the humility born of a healthy respect for an uncertain future that the past, the present and human intelligence cannot fully encompass. This will entail that the children are regarded as pioneers in an age that is yet to come and that they be equipped by the full-spectrum development of their God-endowed skills (that schooling & society unfortunately stultify).

The school will work to ensure the active development of every child's Multiple Intelligences by providing him/her right learning environment, conditions and guidance.

The Sir Syed Education Foundation plans to establish Sir Syed National School in different districts of the country in association with local AMU Alumni and the Community.

These schools would carry life and vibrancy by employing result oriented- simple practices and the intelligent use of technology and are aimed to be based on a model of 'Excellence & high Morals'.

TEAM BEHIND THE SCHOOLS

Initially, it was envisaged that the Program would be taken up under the aegis of CPECAMI, AMU and the MOU between SSEF and CPECAMI also got executed. However, the proposal did not found favour with the Executive Council, AMU and thus the mantle was taken up by SSEF in association with AIMEC.

SSEF is a non-profit organization established in 2015 with then serving Vice Chancellor, AMU Lt. Gen. (Retd.) Zameer Uddin Shah, as its President of the Foundation. The Foundation aims to association with All India Muslim Educational Conference.

Sir Syed established Mohammadan Educational Congress in 1886 at Aligarh. The congress became conference in 1890 at Allahabad. During the Dhaka convention of the Conference in 1906, attended by about 2000 delegates one of the major resolutions was to establish a Secondary School for Muslims in every district.

Today, if we look back after 100 years, the Community is in a dire need of good Muslim Schools that can produce Children who can carry themselves with Confidence, possessing a Muslim Character and enriched with Capabilities and Skills required for succeeding in the present day world. The aim is to encourage children of Muslim minority community to study with children of other communities and build lifelong bonds with them.

AIMEC is a non-political organization established by Sir Syed Ahmed Khan, which brought together Muslim princely states of undivided British India, social and political leaders, intellectuals and distinguished people from all walks of life on to one platform for educational empowerment of Muslims of India. The organization led the Aligarh Educational Movement and was the key element in converting MAO College to Aligarh Muslim University. The representatives of the AIMEC are on the Board of Central School Management Committee of the SSEF.

The All India Muhammadan Educational Conference, at Dhaka (1906)